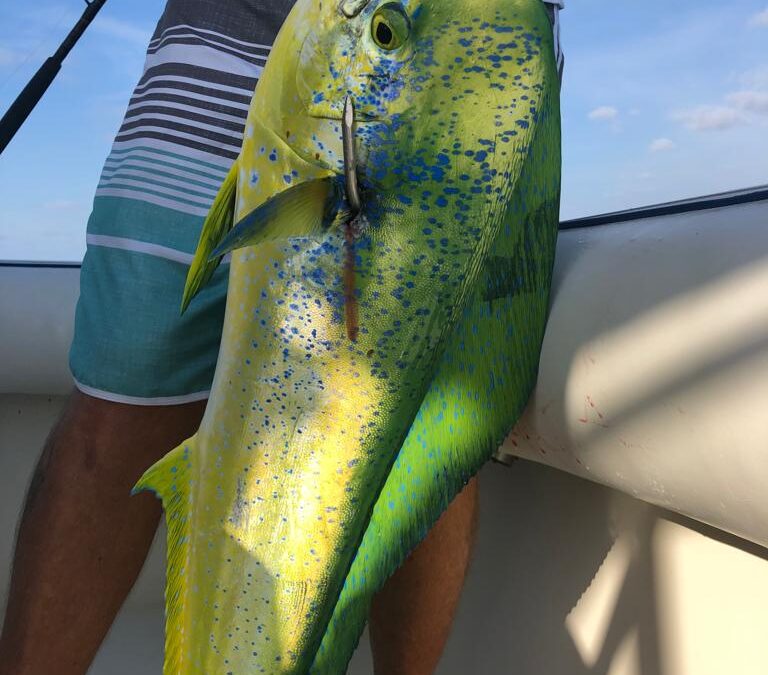 So far April is shaping up to be a productive month.  The current is moving, the wind is blowing and fish are migrating through the area.

When I say moving current I am referring to the body of water moving to the Northern or Southern direction and we prefer a Northern current.  This gets fish up and active moving along with the reefs, edges, wrecks and structures.  Inclusive of pelagic and bottom fish.  Adding an Easterly wind helps condense a large body of water along the reef.

Shark fishing can be accomplished one of a few ways but generally speaking we are fishing mostly dead baits.  The preferred bait is a Bonita which is cut open to release the blood and oils attracting the Sharks.  In addition to dead baits I will also fish live baits for any fish coming along the edge.

Sailfish have been and continue to move along the South Florida coastline which started in the winter and will continue through summer. Two methods I use, one is live Ballyhoo fishing, first catching the live baits then slow trolling them over the reef and I have a lot of success fishing in depths of 100 feet of water out to 200 feet of water and depending on the day and current will determine if these fish will be traveling in deeper water. We use light spin tackle with 25 pound main line which makes for a great fight.  Second method is live bait kite fishing.  This is flying two kites and fishing four baits.  The baits are on the surface which is attractive to a Sailfish when splashing around making a commotion.  Same as mentioned earlier the boat is positioned in an area or depth where the current, water color points towards the movement of the Sailfish.

For Tuna and Wahoo I fish a combination spread of larger baits for Wahoo and smaller baits for Tuna. We successfully find both species trolling at a higher speed moving the baits on and off the reef fishing the current edges.  The size of the Tunas can range from 5 to 25 pounds with the occasional 30+.  Fishing a spread of 6 lines with two deep planners which gets around 50 feet deep and 4 surface lines.   We are catching a decent amount of Wahoo and when they hit the line the there is no mistaking it’s a Wahoo.  When they strike it’s a classic long run against the drag and violently shaking their heads.
Both Tuna and Wahoo are excellent eating both raw and or cooked.

The vessel is a 52’ Hatteras sportfish with a full tower, navigation electronics, salon, galley, full cockpit with all the fishing tackle provided.  To book a Fort Lauderdale fishing charter please contact Capt. Zsak at 954-439-8106 or send an e-mail to:
[email protected] 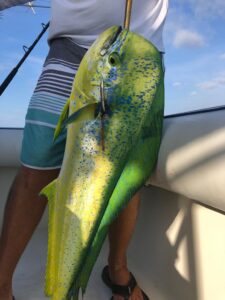 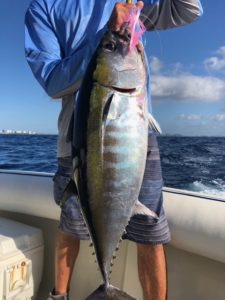